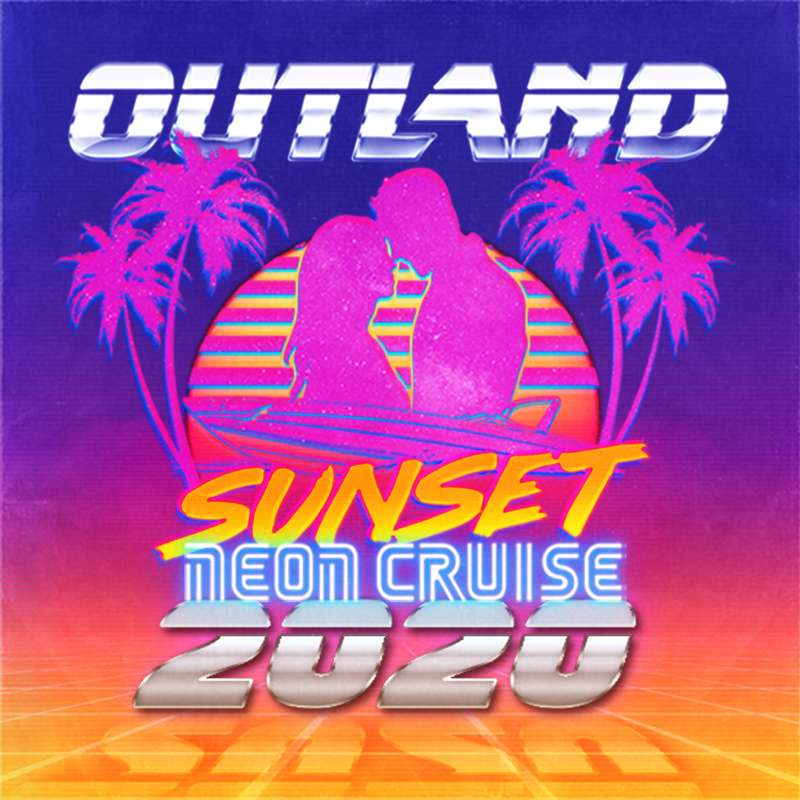 Back by massive popular demand!

After last year's truly unforgettable and SOLD OUT experience traversing the neon-soaked waterways of London's Thames River and City skyline, we'll be doing the same with a line-up of the world's best synth and retrowave acts, spinning their own DJ sets on Saturday 1 August 2020.

Tickets on sale Friday 7 February at 10am

Joining us for the first time at an Outland production is Quixotic. Best known for his legendary synthwave classic 'Palms', he has also shared the stage with Carpenter Brut, Perturbator, Danger, Com Truise and Magic Sword. Quixotic is one of the first producers in Hungary to discover the world of new retro wave. Although Quixotic performs a cracking live show with synths, sax and guitar solos, this will be a DJ set featuring only the best from Quixotic and more.

MORGAN WILLIS has just released his new album Dreamer through Outland Recordings. What a better way to celebrate this by having him back to perform more of the scintillating synth he shared with us last year on the boat. Morgan is a true pioneer and veteran of the French (and indeed worldwide) synthwave sound, going way back to 2009. In 2016 his album Miami Calling was classified in the 10 best albums of the year by NewRetroWave.

We're sure you’re as excited as we are for this dreamy cruise upon London's neon synth-waves. Don’t miss it - We expect a SOLD OUT EXPERIENCE

Please note: This is a limited capacity (200 cap) party on a sailing vessel on London's Thames River and as such, costs mean we need to charge a little more than the shows we run on land. We've also had to increase the ticket price by a couple quid due to increased costs. But don't worry, we make up for it in a premium on-board sight-seeing experience!

Advance tickets only - no admissions on the day!

Schedule: 18h45: Arrive promptly for boarding from Festival Pier, NOT London Eye Pier 19h00: Vessel departs pier 22h45: Vessel returns to Festival Pier 23h00: Everyone disembarks for after party TBC. Only attendees on the boat will be permitted entry using a wristband provided on the boat. 01h00: Hometime